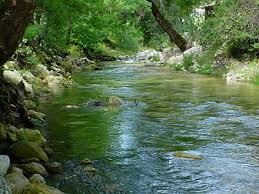 Eight months of controlling and analysizing samples of earth from the so-called Terra dei Fuochi (Land of Fire) have produced surprising and encouraging results. The Casertano area north east of Naples, infamous as an illegal dumping ground controlled by the local Camorra criminal organization, is not as polluted as previously feared.The team of experts appointed by the Italian government have concluded that out of the suspect 120,000 hectares of land examined, only a minimum part (1000 hectares) have been discovered actually polluted. Agronomist Antonio Di Gennaro, an expert in territory planning, reported that â€śout of 3,200 sample agricultural products analysed, only two were found to be below standard requirements, due to an excessive percentage of leadâ€ť. Italy has very strict quality control regulations concerning food products, with a special police force (NAS) dedicated to checking supermarkets, market stalls, restaurant kitchens and canteens to ensure hygiene and quality. The Casertano area is almost exclusively agricultural and years of negative press reports of illegal dumping have led to a drastic drop in consumer purchasing, which have been very damaging for the local economy.

The area was baptised Terra dei Fuochi because of the practice of burning bonfires of toxic wasteÂ  and it was feared that much of the area would consequently be found to be unsuitable for horticulture. Now that that experts have revealed that this is not the case, farmers can hope to finally return to normal business.