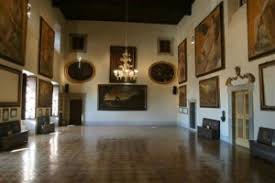 The unique collection of Roman Baroque art from Palazzo Chigi, Ariccia (Rome) will be the starring cultural event celebrating the centenary of the foundation of the First Republic of Armenia on the 18 February 2019. The exhibition will be held in the National Gallery of Yerevan as part of the European Year of Cultural Heritage.

Promoted by the Italian embassies and cultural institutes in the Balkans and East European countries, and curated by Francesco Petrucci, the curator of Palazzo Chigi, the exhibition Bernini and the Roman Baroque previously toured Sofia (Bulgaria) and Tbilisi (Georgia) and after Armenia will move on to inaugurate the re-opening of the National Museum of Serbia in Belgrade after a ten-year restoration project.

The Palazzo Chigi collection is considered to be the most important collection of Roman Baroque art, with works by Cavalier D'Arpino, Pietro da Cortona, Mattia Preti, Andrea Pozzo etc., as well as paintings by artists who collaborated with Bernini, such as Baciccio, Borgognone, Maratta e Ludovico Gimingnani.

The town of Ariccia, in the Castelli Romani area, near Rome, is considered to be the most complete showcase of Bernini architecture, with Palazzo Chigi, residence of Pope Alexander VII Chigi and the Church of the Assumption (with its Pantheon-like cupola) facing each other across the magnificent Square of the Court.