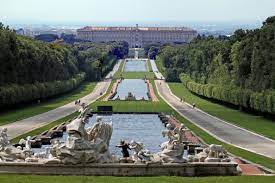 The favourite wine of the Bourbon monarchs of Naples is making a come back after several centuries of oblivion. The San Silvestro vineyards once covered 5 hectares of land, bordering on the Palace of Caserta royal gardens, but had been abandoned and left to grow wild for over a century. Three years ago Mauro Felicori, the then curator of the royal Palace, decided to restore the vineyards.

The contract was awarded to the local Tenuta Fontana wine-growers, who are about to enjoy their first harvest, from which they hope to produce an initial thousand bottles of both red and white wine. The new, organic vineyard has been planted with the traditional native grape, known as pallagrello, which was one of the grape varieties selected for the original vineyard in the 18th century by the celebrated architect Vanvitelli, responsible also for the Palace design.

The vineyards border on the nature reserve of the Forest of San Silvestro, a WWF conservation area.