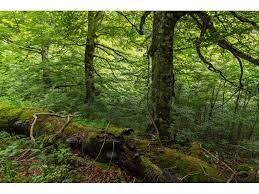 A report on a promising reduction in Italy's share of Co2 emissions was presented during the recent All4Climate conference in Milan, held in preparation the UN Climate Change Conference, programmed for the 1-12 November 2021 in Glasgow, Scotland.

The positive news is that over the past ten years, Italy has been steadily gaining more trees. The country's forested areas have expanded and now occupy a total 11 million hectares, equivalent to just over a third of the entire national territory. These trees meanwhile have been hard at work absorbing the harmful Co2 emissions.

According to the latest Italian National Forest Inventory (INFC) report, the regions which have become “greener” are Tuscany, with woods covering 10.4% of its territory, followed by Piedmont and Lombardy. Another positive aspect is that Italy's forests are not confined to the mountains but they are also spreading over hilly and coastal regions, largely due to the abandonment of agricultural land in less accessible or fertile areas.

Italian woods are also rich in biodiversity, with 180 different species of plants censored. Oaks, ilex, beeches and hornbeam are the most prevalent, along with larches and various varieties of pines.