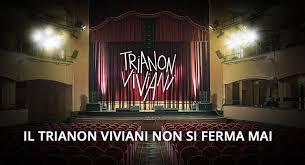 During the 20th century, Neapolitan songs reverberated round the world. From Japan to the USA, the melodies written by Naples songwriters and composers were adopted and adapted, like the Elvis Presley hit “It's Now or Never”, set to the music of the celebrated hymn to the sun “O Sole Mio.”

Although the genre has lost some of its popularity with the younger pop and disco generation, in its homeland the traditional Neapolitan songs are still much loved, by the Neapolitans themselves, as well as tourists to the city.

So appassionati of this unique musical tradition will be delighted to learn that Naples now has a theatre dedicated exclusively to the classic songs of Naples. The Trianon Viviani theatre, inaugurated in 1911 as “the theatre of the Neapolitan song” has now re-opened its doors, under the artistic direction of popular Neapolitan actress, singer and TV personality, Marisa Laurito, offering a state-of-the-art sparkling show of virtual reality backdrops and live performers, recreating the lively atmosphere of the Parthenopean city in its most celebrated period during the first half of last century and the post-War period,

The Trianon Viviani Theatre was traditionally the “Theatre of the People”. It ran into financial difficulties some years back and risked being bought over and converted into a supermarket or a bingo hall. Public protest persuaded the local authorities to purchase it and restore it, introducing the concept of the virtual reality “Stanza delle Meraviglie” (Room of Marvels) extravaganza that accompanies the show.

The Room of Marvels was inaugurated together with the launch of the first performance dedicated exclusively to Neapolitan popular music and culture. The Room is open free of charge every day of the week with prior booking. Visitors must wear surgical masks and be in possession of a Vaccination Pass.